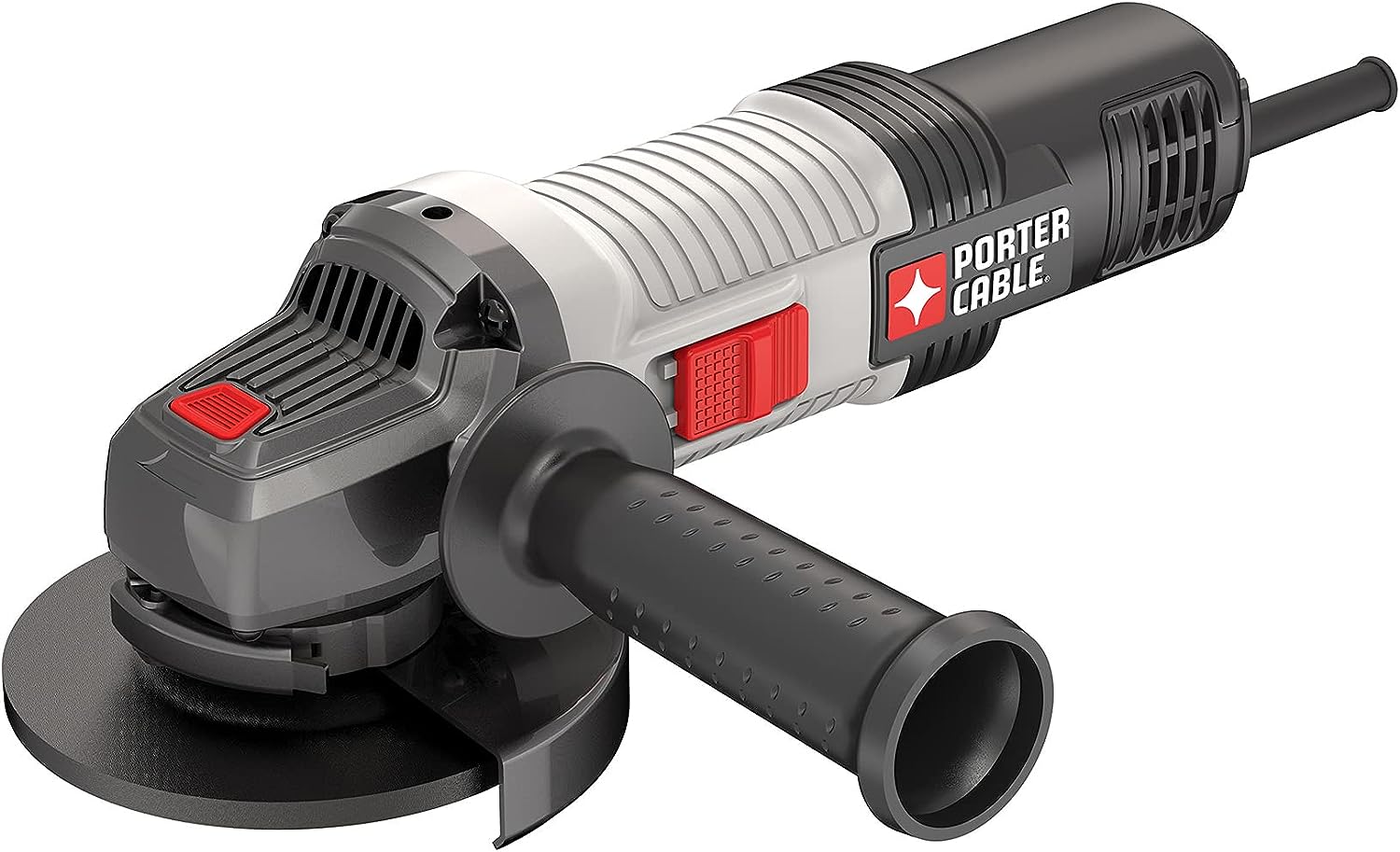 The PORTER-CABLE 6 Amp 4-1/2-inch Small Angle Grinder operates at 12,000 RPM for fast grinding and cutting with a durable motor that keeps going strong. The cast metal gearcase is for jobsite durability and tool life. The grinder tool features a 3-position side handle. Tool-free guard change allows for fast and easy guard removal, and the integrated spindle lock allows for single wrench wheel changes.